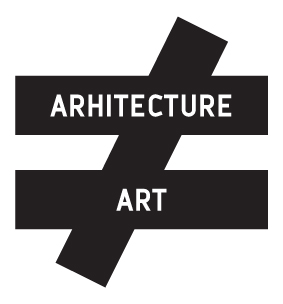 The relation between art and architecture assumed different positions throughout history, also in view of the “shifts” within both practices. I will be interested less in analysing the identity of a particular practice, and more in the currents, procedures, regimes that cause/create particular identities. I will focus on one of the concepts that seems most archaic and contaminated in the framework of contemporary artistic practices – the concept of the sublime, and examine whether the concept of sublimation in still useful or operative in contemporary art and architecture.

The question of the subversiveness of architectural practice seems paradoxical if we consider that the processes of construction and urbanisation are permeated by the predominating socio-economic system. For architectural practise to be able to launch its own liberation, it is prepared to renounce its primary goal – the creation of spatial form – and engage in the creation of immaterial processes within the existent built environment. Thus, architecture is presented with an opportunity to change the dominant narratives that define the conception of space, but at the same time it is deprived of the opportunity to change space itself. Is this the price that architectural practice has to pay for its own criticalness? Based on my own experiences of working in the Temp and Pulska grupa collectives and the Praksa cooperative, I will compare different modalities of the relation between the material and the immaterial, between form and narrative.

Jože Barši (Ljubljana) is a visual artist and a professor at the Academy of Fine Arts and Design in Ljubljana. His work encompasses a wide range of interests, from site-specific works, such as Public Toilet (1999) and House (2001; after the exhibition, this work became a home for a homeless person), to radio broadcasting as a site for exhibitions, public lectures, and sound and conceptual works (Conversations, Empty Lecture, etc.). He represented Slovenia at the Venice Biennial in 1997 and at the 4th International Istanbul Biennial in 1995. In 2013, a retrospective exhibition of his works was shown at the Museum of Contemporary Art Metelkova.

Emil Jurcan (Pula) graduated from the Faculty of Architecture in Ljubljana. He is a co-founder of two collectives: Temp in Ljubljana (2004–06) and Pulska grupa in Pula (2006–2012). He is currently active in the Praksa architectural cooperative in Pula, working as an architect and the editor of Praksa, a blog on architectural theory. Since 2015, he has been the President of the Istrian Association of Architects.
http://praksa.hr/
http://praksazadruga.tumblr.com/

Organized by the Igor Zabel Association for Culture and Theory in collaboration with the Museum of Contemporary Art Metelkova and with the support by the ERSTE Foundation.