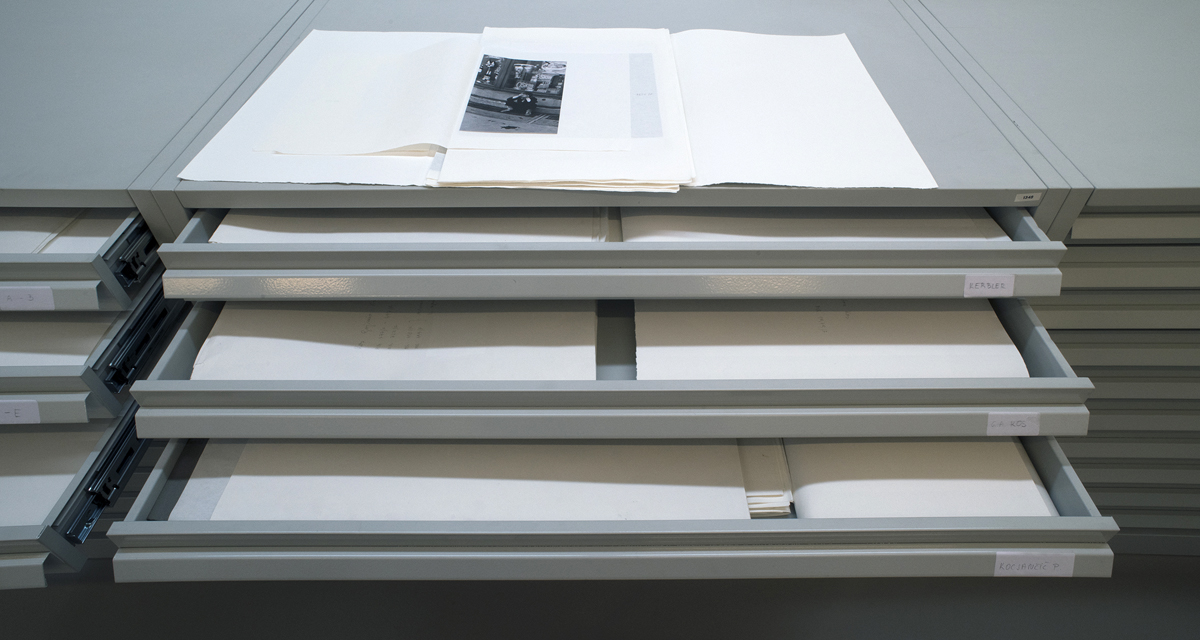 Moderna galerija’s (MG) photographic collection was started in 1991, at the same time as MG’s Photography Department. Prior to that, relevant material was acquired through donations or bequests by painters who were also amateur photographers (such as Rihard Jakopič, Matej Sternen, and Gojmir Anton Kos), and was kept among materials in hemeroteque or in MG’s Photo Archive.

With the founding of the photographic collection, MG began systematically collecting, keeping and researching works by Slovene photographers of the 20th and now 21st centuries. Through purchases and donations, we have so far acquired approximately 4,000 prints by 150 photographers, and several thousand negatives. The contents of the collection are closely linked to the research of the Photography Department, as can be seen in the catalogues of the exhibitions staged by the Department, while the rhythm and the extent of new acquisitions, which increasingly include works by contemporary photographers, are conditioned by the resources the Ministry of Culture of the Republic of Slovenia earmarks for such purchases.

Most of the holdings of the photographic collection have been digitized, while the prints and the negatives are kept in accordance with current museum standards.

Stojan Kerbler, A Girl from Haloze, 1972

Herman Pivk, Couple, from the Through a Mirror series, 1992

Klavdij Sluban, Ukraine. From the Around the Black Sea Cycle - Winter Trips, 1998

Aleksandra Vajd, From The Breadcrumbs on the Sheet Cycle, 1998-1999